How to model a HTC Tattoo, android phone, with 3ds Max

How to model a HTC Tattoo, android phone, with 3ds Max

In this tutorial i will how you how to create an Android phone, the HTC Tattoo model, in 3ds Max and VRay. We will cover both parts, modeling and rendering. If you follow this tutorial well you should achieve an image like the one above. At bottom of tutorial you will find link to download sample of this tutorial in .max, .3ds, .obj formats.

How to model a Table and a Chair with 3ds Max 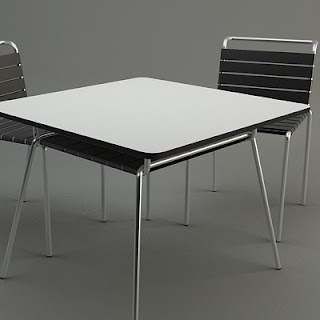 In this 3d modeling tutorial i will show you how to create a Chair and a Table using 3ds Max 2011. At bottom of tutorial you will find link to download sample of this tutorial in .max, .3ds, .obj formats.

Step 1: In Front viewport from Create, Geometry create a new plane with the Length of 46cm and the Width of 41cm. Set the Length and the Width Segments to 1. Right click on the plane and select Convert to> Convert to Editable Poly.

How to model a Table and a Chair with 3ds Max 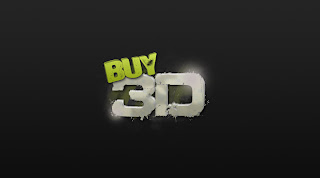 I just wanna to share with us new quality 3d models site where you can buy or sell 3d models and earn money.
Site url is Quality 3D Models
Posted by Boss

+ hairfx is an sophisticated fur and hair solution for Autodesk's® 3ds Max. Being the successor to the popluar Shag: Fur and Shag: Hair plug-ins, it's now much more evolved and offers various advanced tools including a new anti-aliasing engine to help produce smooth, non-jagged hair and fur strands, a new Cloth Mesh converter to support reactor® 2, clothfx, and SimCloth's. As part of the Autodesk Certified 3ds Max Plug-in program, hairfx now also offers bucket-based rendering support for rendering technologies including finalRender Stage-1 and VRay. This helps conserve memory over the default stripe size rendering for Scanline scenes with these powerful renderers. Composite shadows from light sources can easily generate hairfx shadows in addition to shadows specific to tools like V-Ray and finalRender.
>> Download HairFX for 3ds Max

+ The 4Th Istanbul International Animation Festival will be held on 3-8 of December. And "Call for Entries" has been announced for the 4Th İstanbul ANIMATION AND VISUAL EFFECT Short Film Competition, in seven different categories.The competition is open to all international/National animator and have no entry fee.
Competition Categories:
- IAF Grand Prize: The best blended short film about story and animation technique.
- Turk Short: Best short film made by Turk animator or animators.
- Advertisement: Advertisement film which includes one or more animation technique.
- Music Video: Music video which includes one or more animation technique.
- Motion Graphic: Animation short film by motion graphic technique.
- Student Film: Animation short film made by student.
- First Film: Animation short film made by a person's first experience.
......Short films produced in 2005 or after, are only accepted for entry. The Application deadline is on 30Th of October 2007 (until 18:00) and Announce date of accepted films will be 12Th of November Monday.Entry form has to be filled completely for each entry and sent along with film copy. For more information, please visit: www.iafistanbul.com

CGI Animation Movie Ministers to Children of Katrina & the World 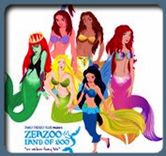 + HOLLYWOOD, Calif. –- Family Friendly Films, LLC announces that the popular e-book, “Zea Zoo and the Land of Boo: An Urban Fairy Tale,” has entered into movie production stage after making its presence known online. Based on a popular children’s poem, “Zea Zoo and the Land of Boo” was so successful as an e-book that it is now being made into a computer-generated illustration (CGI) short animated movie. Targeting the vastly under-served urban youth/family markets, “Zea Zoo and the Land of Boo” has nurtured an international, online audience that has created branding as a positive youth/family-friendly favorite.
“The film is refreshingly new and much anticipated in the animation film industry,” P.D. Blackmon of Family Films, said. Blackmon has recently returned to study at the UCLA Film School after 20+ years in the media industry as a writer/director and producer.Post-production VIP screenings of the film are being sponsored by Women in Films (Beverly Hills) and Universal Studios. Equity partnership and distribution deals are currently being shopped. CGI animation has eclipsed other animation forms and has emerged as one of the most successful film-art forms. Through state-of-the art CGI animation, coupled with traditional artistry, Family Friendly Films has achieved a new level of storytelling that still pays homage to Walt Disney and other great past animators. The film’s characters are reality and fantasy based, giving the animation studio extreme longitude to tell a story while exploring creative boundaries. At the center of the story is a young, disenchanted boy from Bay Village, a town near the Gulf Coast of Mexico. He gets caught in Hurricane Katrina, nearly drowns, and awakens in the “Land of Boo,” a magical wonderland under the sea. While there, he befriends unique characters who help him to return home to save his family and friends.
The boy’s efforts are fraught with challenge and he must continue to stay one step ahead of King Nino, Queen Elvia and their evil followers the “SeaWeeds” who seek revenge and, ultimately, his death.The film is being produced by Family Friendly Films, LLC, Family Film Animations Studio and Blackmon Entertainment.
To learn more, visit: www.landofboo.com

+ Pixologic, Inc. has announced the release of ZApplink Version 3 for Zbrush. ZAppLink 3 is a ZBrush plugin that allows you to seamlessly integrate your favorite image editing software into your ZBrush workflow. Call up your image editing package while in ZBrush, use it to modify the active ZBrush document or tool, and then go straight back into ZBrush. Some of the ZApplink features includes; # Create New ZBrush Layers in Photoshop # Store views for your model to be painted in your image editing software # Create ZBrush Stencils in Photoshop via selection tools and many more.
For full features list and free download of ZAppLink - Click Here